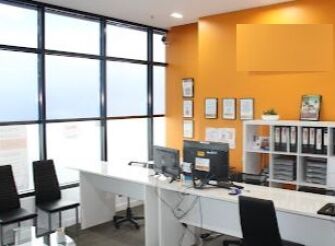 This successful, state-of-the-art practice is ideally located in a busy shopping centre, with fantastic exposure to pedestrian traffic. The three-chair practice was built from scratch by the vendor in 2016 and features a contemporary and inviting interior. The practice has been on a major growth trajectory since inception, grossing more than $1 million in the last three financial years; the vendor has achieved these impressive figures while only working three days a week. The long-standing, loyal staff are a major asset to this practice, which has a large patient base and strong word-of-mouth referral system.

Real Estate For Sale
No

Launceston is the second largest city in Tasmania, with a number of well-preserved heritage-listed Victorian and Georgian buildings. It is the commercial hub of the north of Tasmania and home to the University of Tasmania and Australian Maritime College, Tasmania Zoo and the largest museum outside of an Australian capital city. A major centre for agricultural activities, including apple production, wine production and wool, the city contributes to over 15% of Tasmania's GDP. Numerous state and independent schools are situated locally and there is a wide choice of recreational activities, including cricket and AFL, which are extremely popular in the area. The city hosts The Junction Arts Festivals every year, held over five days in the CBD.

For more information about this practice for sale, please email us at info@practicesalesearch.com.au and quote code T7250.