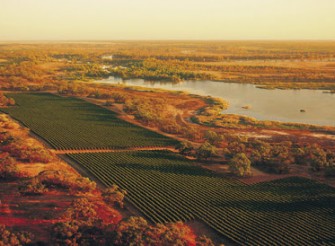 Established in January 1999 and rebranded in 2008, this practice provides a comprehensive range of small animal treatments to the Riverland region of South Australia. The vendor is selling to phase into retirement, however, is willing to stay on post sale to ensure a smooth transition. The practice prides itself on providing a high level of care and service, in addition to grooming and cat boarding facilities. This is a great opportunity to take over an established practice with a loyal patient base on the banks of the Murray River.

Berri is a town in the Riverland region of South Australia, 238 kilometres north-east of Adelaide. The town, which lies on the north bank of the Murray River, is primarily agricultural and viticultural.

Berri is surrounded by 3000 hectares of irrigated vineyards and orchards. It hosts some of the largest wine production facilities in Australia, including the juice company, Berri Ltd. Wine production at the Berri Estates Winery has been a fundamental part of Berri’s existence since 1918, making it one of Australia’s oldest wineries.

Berri is a multicultural town, with a café and hotel on the riverside, a main street that overlooks the river and other shopping facilities, including Riverland Central Plaza. The local cafes and restaurants are known for making great use of both the Riverland’s fresh produce and its multiculturalism; there is a weekly farmer's market, featuring not only fresh fruit and vegetables, but also showcasing foods from many countries, reflecting the diversity of cultures within the region.

For more information about this practice for sale please contact Practice Sale Search on 1300 282 042 or email us at info@practicesalesearch.com.au and quote code VET5343.