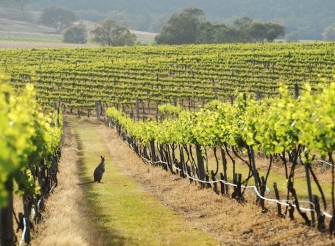 Established in this beautiful country town in the early seventies, this high-grossing clinic offers a comprehensive range of treatments for small animals and equine. The practice has consistently grossed over $1 million in the past three fiscal years and has established itself as an integral part of the community. It is conveniently located in the heart of the town's commercial district and has great exposure to vehicular and pedestrian traffic. This is a great opportunity to take over a highly successful practice in a fantastic part of country NSW.

Mudgee is a beautiful country town in the Cudgegong River Valley, New South Wales, approximately 261 kilometres north-west of Sydney (around 3.5 hours). Much of the area’s heritage character has been retained, while the Cudgegong River and Wollemi National Park provide an abundance of fresh country air and recreational space. The long-established (since the 1850s) award-winning wine industry has made the region a popular tourist destination; Mudgee is in the heart of the third largest wine growing area in NSW. Renowned restaurants, a Spring festival and farmers markets have made the area increasingly popular. Mining plays a major role in the local economy and there is also an established agricultural industry. There are a number of schools in town and neighbouring suburbs.

For more information about this practice for sale please contact Practice Sale Search on 1300 282 042 or email us at info@practicesalesearch.com.au and quote code VET2850.