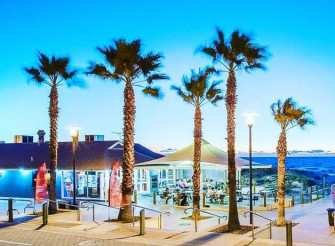 Are you looking to buy a successful, long-established practice, turning over $1 million per year? This small animal practice was established more than 30 years ago in this popular beachside suburb of Adelaide. The current owner, who has built a solid reputation for quality pet care, is now looking to phase into retirement. The practice is located on a main street just minutes from the beach. The vendor owns the real estate and is willing to offer a long lease or sell for the right price.

Grange is a coastal suburb of the City of Charles Sturt in Adelaide, SA,  11 kilometres from Adelaide's city centre. The suburb is named after Captain Charles Sturt's cottage, which still stands and is now a museum. Known for its tranquil beaches and picturesque sunsets, Grange is also home to the historic Grange Hotel and unique retail along Jetty Street. The Grange Golf Club is one of South Australia’s premier sporting venues, with two internationally-rated 18-hole golf courses. The suburb is serviced by Grange Road, connecting it to Adelaide’s city centre. Seaview Road and Military Road link Grange to several of Adelaide's other coastal suburbs. Frederick Road, on the suburb's eastern boundary, connects the suburb with the shopping and entertainment facilities in West Lakes. There is a school along Jetty Street and there are several parks and reserves in the suburb.

For more information about this practice for sale please contact Practice Sale Search on 1300 282 042 or email us at info@practicesalesearch.com.au and quote code VET5022.