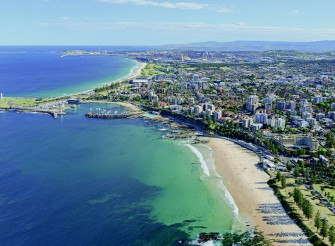 Are you looking for a clinic with a great reputation in a desirable part of the NSW South Coast? This high-grossing clinic has been looking after small and exotic animals in Wollongong and the surrounding areas for more than 30 years. It is conveniently located on a main road and is easily recognised by its prominent signage and branding. The clinic is situated just minutes from multiple beaches, giving the purchaser the opportunity to take advantage of the fantastic South Coast lifestyle.

Wollongong is a seaside city of New South Wales, between the Illawarra Escarpment and the Pacific Ocean. It is the State’s third largest city after Sydney and Newcastle, with heavy industry and port activity taking place in the area. The commercial district has numerous offices, department stores, shops and restaurants, while the surrounding areas have a number of parks and reserves with plenty of green space. The area has a continuous chain of surf beaches and rainforest-covered cliffs. There is a large student population based at the University of Wollongong and TAFE campus, and numerous primary and secondary schools in the city. Strong road, rail and bus links connect Wollongong to surrounding areas and Sydney, and the regional airport has flights to Melbourne and Brisbane. A variety of recreational pursuits are on offer, with a thriving art and music scene, beaches, parks and sports clubs.

For more information about this practice for sale please contact Practice Sale Search on 1300 282 042 or email us at info@practicesalesearch.com.au and quote code VET2500.