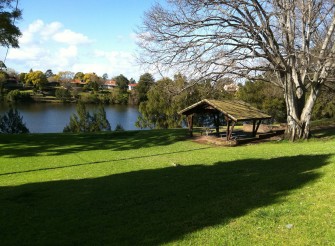 This high-grossing practice was established by the owners in the area in 1986, providing a wide range of services to Emu Plains, Penrith, Glenmore Park and the Blue Mountains areas. The clinic has consistently grossed over $1 million and shows no signs of slowing down. The vendors own the premises and are offering a lease, subject to market value. This is a great opportunity to own a highly successful, long-running vet clinic in a suburb on the banks of the Nepean River.

Emu Plains is a suburb of western Sydney on the banks of the Nepean River. It lies at the foot of the Blue Mountains, 58 kilometres from the Sydney CBD. Emu Plains can be easily accessed from Penrith via the Great Western Highway and there is a train station with regular express services to the city. The suburb has its own loyal community and, while it is officially part of the Penrith Valley region, some locals consider Emu Plains and Emu Heights as part of the Blue Mountains. The suburb offers a variety of shopping options, including the Lennox Community Shopping Centre, and also features a swimming centre, tennis court and Dukes Oval at Emu Park. The area is steeped in history and is home one of the oldest pubs in Australia, the second oldest bridge, a beautiful historic church and various ruins.

Educational services include two primary school and two high schools, one of which is the Nepean Creative and Performing Arts High School.

For more information about this practice for sale please contact Practice Sale Search on 1300 282 042 or email us at info@practicesalesearch.com.au and quote code VET2570.